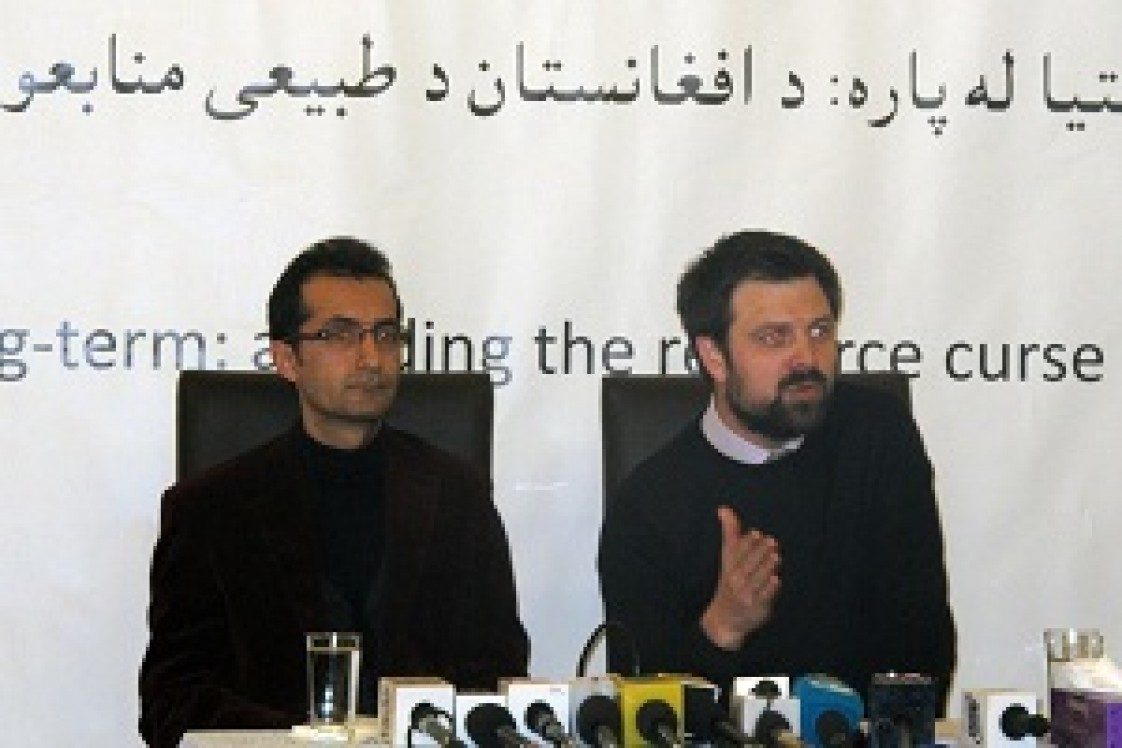 Wednesday, February 26, 2014 – Kabul: Global Witness and Integrity Watch Afghanistan today called on the Afghan government – and candidates in the country’s Presidential election – to commit to stronger protections against conflict and corruption fuelled by natural resources. The call comes as the Ministry of Mines is drafting a comprehensive national plan for management of natural resources.
‘Building for the Long-term’, a Global Witness report released today, sets out recommendations for the Afghan Extractive Industries Development Framework (EIDF). The creation of the Framework was one of the key Afghan government commitments agreed at the 2012 Tokyo Conference.
“The EIDF is a golden opportunity for Afghanistan to solidify its commitment to creating a governance regime for the extractives sector that meets and exceeds international best practice, as set out in the Tokyo declaration” said Javed Noorani, Integrity Watch Afghanistan researcher.
“The Afghan government has taken some positive steps in the last few years. We hope they will now follow through on that vision, and put in place the full range of basic measures that are needed to minimise the risk of natural resources fuelling conflict and corruption,” said Stephen Carter, Global Witness Team Leader in Afghanistan. “That should be priority for the next administration whoever wins the election – because otherwise there is a serious risk that any benefit from extraction will be lost.”
The report praised the Afghan government’s decision to publish almost all existing contracts in October 2012, and to become a candidate member of the Extractive Industries Transparency Initiative (EITI). But it highlighted some basic protections that were still missing, including:
Transparency: publication of all extractive contracts and revenues; publication of the true, beneficial ownership of mining companies; and a requirement that companies carry out due diligence vetting on their supply chains and operations in Afghanistan.
Open and competitive bidding: Clear rules for a transparent and impartial bidding process, with legal sanctions against officials who favour one company over another.
Community relations: Strong community consultation and grievance resolution mechanisms that are also fair to companies, and which ensure communities benefit from mining.
Security: making it illegal for formal security forces or informal armed groups to be involved in the extractives sector, and requiring security forces used to protect mine sites to operate in consultation with local communities and according to the strict rules.
Many of these reforms would need to be implemented in the Afghan Mining Law. A new version of the law is currently being debated in parliament, but it currently leaves out most of these provisions.
“The measures we are calling for are easy wins for Afghanistan – relatively straightforward to implement, and attractive to responsible mining companies,” Carter said. “But they are also vitally important tools against abuses that have done untold damage in many other countries. Far from being an obstacle, good governance is essential if Afghanistan’s natural resources are to actually benefit the Afghan people.”
Notes to editors:
The report and recommendations were based on input from a wide range Afghan and international experts, civil society, government officials, and industry.
The Afghan commitment to the EIDF was originally contained in the Tokyo Declaration of July 2012 (https://www.mofa.go.jp/region/middle_e/afghanistan/tokyo_conference_2012/tokyo_declaration_en2.html) and re-affirmed at the follow-up Senior Officials Meeting in July 2013 (https://mfa.gov.af/en/news/co-chairs-statement-tokyo-mutual-accountability-framework-tmaf-senior-officials-meeting-kabul-afghanistan-3-july-2013).
English, Dari and Pashto language versions of the report are available at the Global Witness website, www.globalwitness.org.